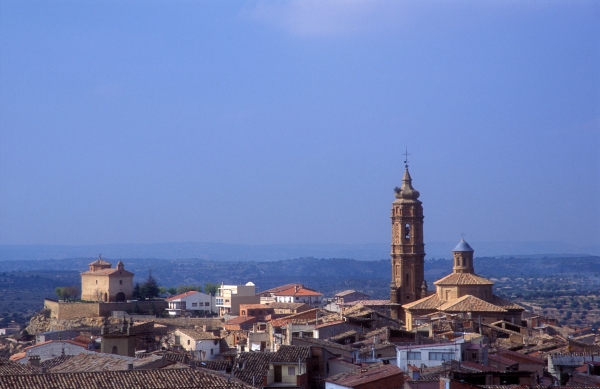 Welcome to Valdealgorfa, a town that stands on a promontory in the Lower Aragon region, 16 kilometres from Alcañiz.

There are several theories on the origin of the name Valdealgorfa. It has been related to the Arabic term al gurfa, which means the space under the roof where grain is stored, and would be in reference to the abundance of grain in a valley (val). Other sources date the name from the Iberian or Pre-Roman period, with the meaning of “valley of the spring”. 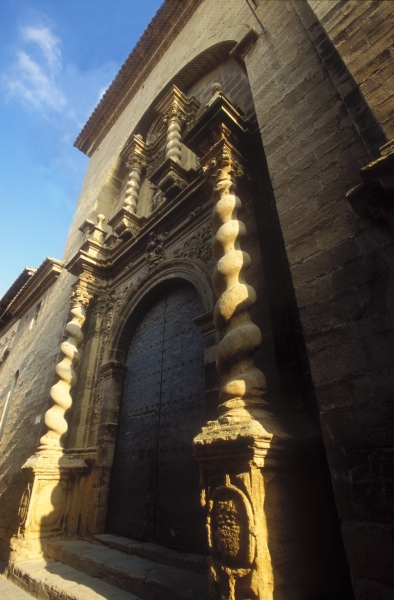 The earliest evidence of human existence in the area is represented by the rock paintings found in Val del Charco del Agua Amarga, a location in the municipal area of Alcañiz but traditionally linked with the inhabitants of Valdealgorfa. Interesting archaeological sites have been discovered dating from the Ancient Iberians such as that of Cabezo del Ariño, in the district of Las Talayas.

After their reconquest by the Christians from the Moors in the 12th century, King Alfonso II of Aragon donated these lands to the Military Order of Calatrava. Valdealgora belonged to the Alfoz de Alcañiz, territory administered by this city, but although it was under the control of the Commandery of Alcañiz, municipal power was held by the Confraternity of Saint Martin and Saint Mary Magdalene, which fought for the town's autonomy. This came in 1624, and was ratified in 1629 by King Philip IV of Spain in a treaty.

A stroll through the streets of Valdealgorfa is soon rewarded by a display of the town's rich architectural heritage. In its day, the town was walled, with access provided via a series of gates. Still visible today are the Alcañiz Gate and the San Roque Gate, the later with a niche-chapel over it dedicated to its namesake Saint Roch.

The recently restored tower of the parish church,  is the most emblematic image of the church building dedicated to The Birth of Our Lady, which was built in 1703 in masonry and ashlar in the Baroque style. It features a nave and two aisles covered with a barrel vault, lunettes and groin vaults, respectively. The façade, which mimics an altarpiece, is flanked by Solomonic columns. And the large brick tower is comprised of differentiated sections reminiscent of the Mudéjar style.

In close proximity to the church is the town hall, which was built in 1601 on the site of the former headquarters of the Confraternity of Saint Martin and Saint Mary Magdalene. The three-storey building in masonry and ashlar has an arched doorway and an upper gallery with a typical Aragonese-style arcade under cantilevered eaves of more modern construction that replicates the original.

Continuing on the tour of the town allows you to walk amid noble Renaissance-style mansions with arched stone doorways, such as the house of the renowned botanist Pardo Sastrón and that known as Casa Mora. But standing out above all others is the palatial home of the Baron de Andilla, located in the Plaza de Mercado, the popular market square. Built in the late 16th and early 17th centuries, it has a style similar to that of Aragonese Renaissance palaces, with the typical upper gallery styled as a loggia – with low arches between columns – under large cantilevered wooden eaves. 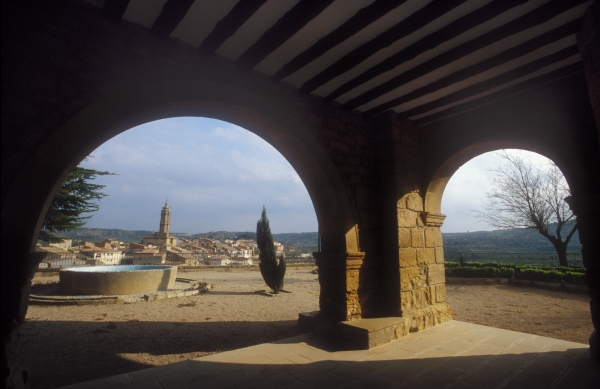 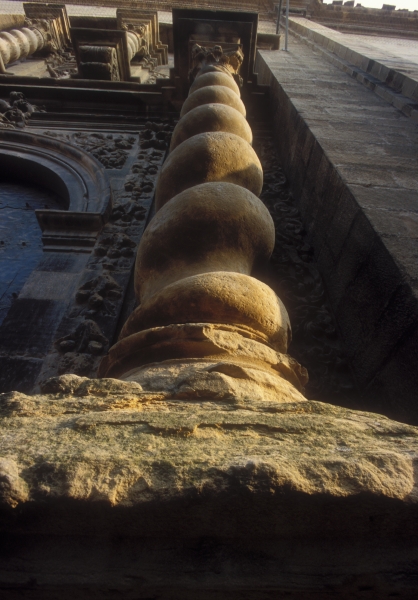 Examples of the town's religious heritage that are worthy of a visit are the chapel of El Buen Suceso, dating from the 18th century but rebuilt in the 19th century after being razed by a fire lit by French troops , the chapel of Santa Bárbara, whose setting is a privileged vantage point close to the main road, and the Convent of Santa Clara, located at the entrance to the town.

Finally, examples of vernacular architecture and engineering include the old olive oil mill, the restored textile mill, the Palomar Tower and hydraulic works: the chain-operated well, the Balsa de los Balcones reservoir, the Collao reservoir, and the old cold vault that is included in the local Route of the Ice Houses and Cold Vaults.

The cold vault is striking because of its floor, which features drainage channels carved into the stone. The lighting specially designed for this structure highlights those channels with cold light, while the stone masonry walls are bathed in blue light, creating the effect of cold that is in keeping with that found along the Route of the Ice Houses and Cold Vaults. A dramatised recording explains the systems used to operate the cold vault in the 17th century and gives insight into its workings. 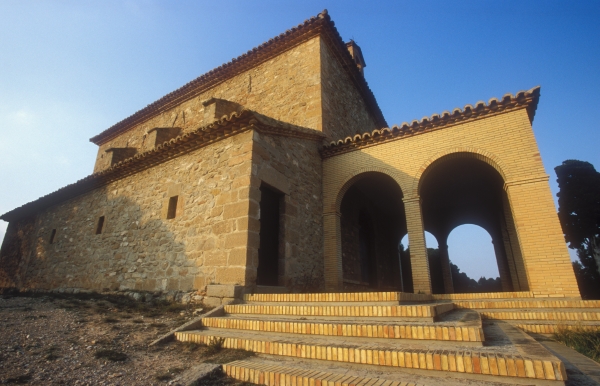 Finally, the old railway station, is the starting point for the Val de Zafán Trail,  that follows the old route of the railway line that reaches Tortosa after crossing the scenic landscapes of the neighbouring Matarraña and Terra Alta regions. In close proximity to this station is the Equinox Tunnel, so-called because the sun shines through its two-kilometre route from end to end twice a year, coinciding with the equinoxes.

Fore more information on the cultural heritage of Valdealgorfa