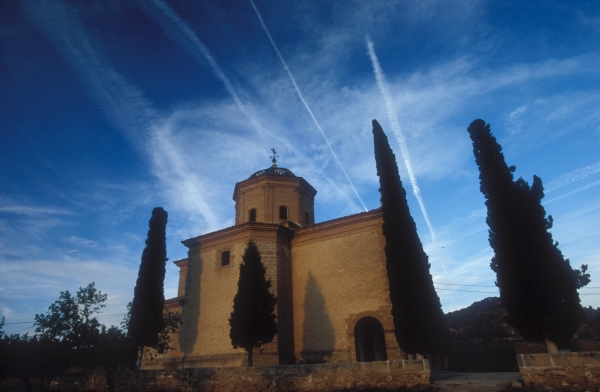 Welcome to La Codoñera, a town in the Lower Aragon region, located in the Mezquín Valley, 16 kilometres from Alcañiz. Its name is derived from the word codony or quince, owing to the abundance of this fruit tree during the period of Christian resettlement after the area was reconquered from the Moors.

The earliest traces of human activity date back to the Aeneolithic period, about 3000 BC, and the existence of an interesting Ancient Iberian settlement has been discovered on Santa Bárbara Hill.

The earliest written records referring to the current town date back to 1225, which mention that it was a hamlet dependent on Alcañiz and belonged to the Great Commandery of Calatrava, under control of the knights of this military order. La Codoñera was in the Alfoz de Alcañiz, territory administered by the city, and was part of the lands donated by King Alfonso II of Aragon to the Military Order of Calatrava after the area was reconquered by the Christians from the Moors in the 12th century. This situation gave rise to a long struggle for independence until 1624, when the locality gained a certain degree of municipal autonomy through a treaty.

On 21 May 1776, King Carlos III of Spain granted La Codoñera its town charter, on account of its 200 useful residents, and separated it from the jurisdiction of Alcañiz. Another important historic moment came on 12 October 1833 when Colonel Manuel Carnicer announced his support for Prince Charles, pretender to the Spanish throne, in La Codoñera, a few days after the death of King Ferdinand VII, ushering in the First Carlist War.

The town contains interesting architectural works that reflect progress of the town. Among these is the church of La Asunción de Nuestra Señora. Construction began in the 13th century and endured through different periods of time. Its final appearance is mainly in the Baroque style, with Solomonic columns flanking the main door, a barrel vault with lunettes, and a large bell tower. Traces remain of its Gothic origins, such as the polygonal apse and chapels with fan vaulting. Frescoes dating from the 17th century have been found in one of these. Adjacent to the church is the Renaissance-style town hall (1576-1579). It was originally built to house the Confraternity of Saint Mary and Saint Valerius, which controlled local power until La Codoñera gained its autonomy in the 17th century. Designed in the Roman Renaissance style, it embodied classical taste through the use of stone, a rounded arch over the doorway, a gallery with its typical Aragonese-style arcade and cantilevered eaves. Strategically located is a peirón, a marker column with carved depictions of the saints, which directs attention to the different chapels in the area. The chapel of Nuestra Señora de Loreto, restored in 1940 after the destruction caused during the Spanish Civil War, boasts a monumental baldachin and a beautiful dome with pendentives. Another two chapels can be visited within the municipal boundaries of La Codoñera, the chapel of Calvario, also known as the chapel of Santo Sepulcro and the chapel of Santa Bárbara, located on the hill of the same name, which is also an unrivalled vantage point. 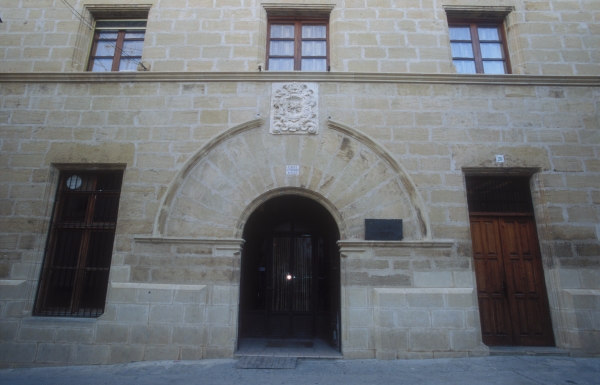 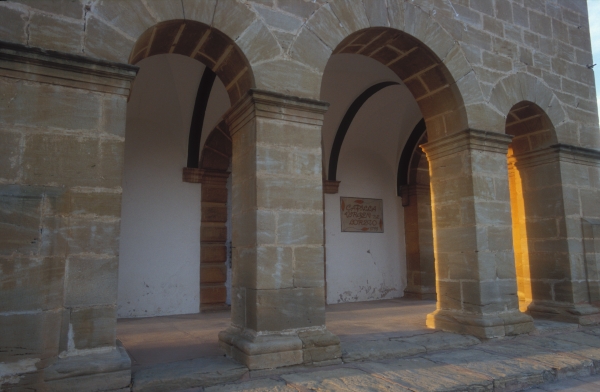 Finally, attention should be given to the examples of vernacular architecture, such as the pelota court, the old textile mill, the ice house, the restored wash house, the ruins of the olive oil mill, and Molí Siscar, a mill located in the Fondo Ravine which was formerly used to produce flour.

For more information on the cultural heritage of La Codoñera