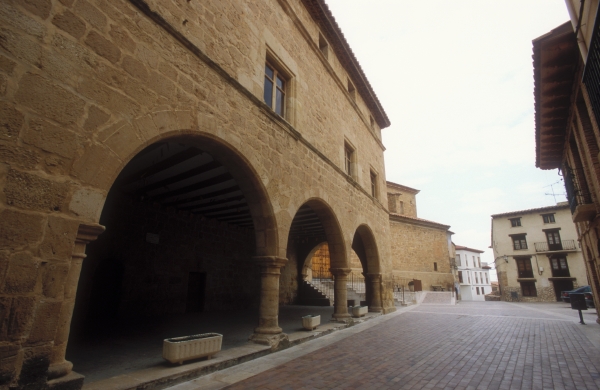 Outstanding among this locality's monumental examples of cultural heritage is the complex formed by itschurchandtown hall. The church is dedicated to Saint Bartholomew. Building commenced in the late 16th or early 17th century and replaced an earlier church. The town hall stands at a right angle to the church. It was built in quality stone at the end of the 16th century. The lower floor is occupied by the characteristic space formerly occupied by the market and used as a pelota court, and the old jail. 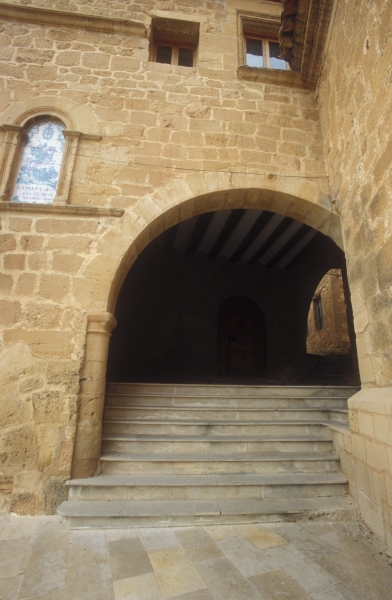 The locality also has several examples of private homes of architectural interest. These houses are markedly vernacular in style and have very unique features: upper arcades in brick, carved window sills and large arched doorways, often emblazoned with the family coat of arms. The inscriptions that are still preserved refer to the date of construction, mainly the 17th century. Most of these are found in Calle Mayor and Calle Baja.

Inside the town are two chapels: the chapel of LaVirgen de Gracia(the current building dates from the 17th century over an earlier one, keeping the original appearance) and the chapel ofEl Rosario, with a round design dating from the late 18th century.

On the outskirts of the town are thechapel of El Dulce Nombre de Jesús, also known as the "dulce (sweet) chapel"; thechapel of San Cristóbal; and theold ice house, which was recently restored and is the starting point for the Route of the Ice Houses and Cold Vaults.

Located at the highest point of the town, next to the threshing floors, this ice house is differentiated by its spectacular ashlar domed roof and five exterior openings made to allow it to be filled with and emptied of snow.

The ice houseis accessed through the adjacent building that serves as an interpretive centre for the route. See technical specifications

The annexe is built on the former clearing space of the ice house, and it offers information on the location of other ice houses and cold vaults, a model of how the interior worked and an audiovisual presentation about the transport of fish from the coast using ice houses to restock the ice used to preserve the fish.

Lighting and ambient sound complete a pleasant and surprising visit to this ice house.