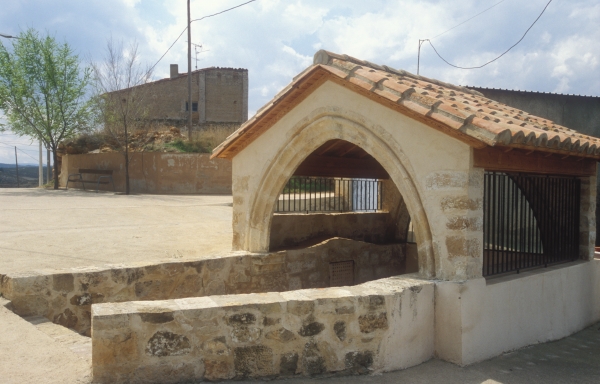 Welcome to Los Olmos, a town in Lower Aragon, located in the east of the region. The town lies 44 kilometres from Alcañiz on a spur of the Iberian Mountain Range at an altitude of 806 metres.

Its name is derived from olmo, or elm tree in reference to their abundance in the area, an example of which is the row of these trees that line the entrance to the municipality. Evidence of the earliest settlers in the area can be found at the Mas del Hambre archaeological site where remnants of the Ancient Iberian civilisation have been found. Interesting traces of the Imperial Age of Rome have also been found at the La Regadía site. 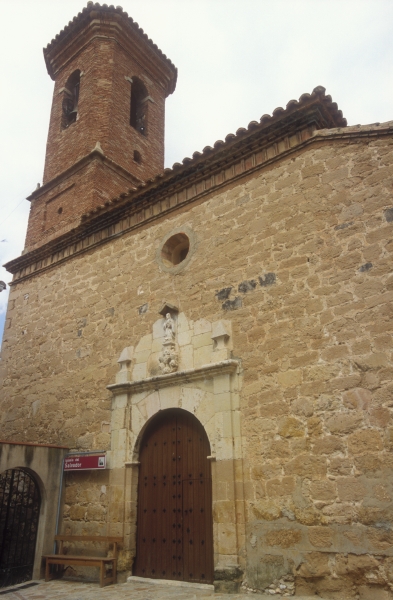 Los Olmos was a part of the land donated by King Alfonso II of Aragon to the Military Order of Calatrava after the area was reconquered by the Christians from the Moors in the 12th century. It may have taken some time to be repopulated given that it is not included in the list of hamlets of the Alfoz de Alcañiz, territories administered by this city, in the 1263 census. It was under the administration of the city of Alcañiz in the 18th century until the division of Spain into provinces in 1833.

The oldest part of the town is the highest part, in the vicinity of Calle Rosario, around the no longer existent castle. This was the site of the old church of Santa Ana and its cemetery, which led to the current name of this neighbourhood, Santana.

In the late 16th century, the town spread onto the flat land, where the new church and town hall were built.

The church of El Salvador was completed in 1698 and features austere and simple decoration, which was created in the year indicated over the front door, 1703. It is a beautiful Baroque-style church, built in stone, with a classical-style tower in brick and projecting eaves. In the lower part of the tower is the communal bread oven known as "pan cozer".

The most outstanding piece of public architecture in Los Olmos is its town hall, the lower level of which housed the old market, built in stone with semicircular arches supported by columns. From here access can be gained to the town hall and municipal oven, now restored.

The town contains a number of interesting mansions, and the Fountain of Valdivieso, protected by a structure with an arched opening and pitched roof, which also contains a bench where the inhabitants of the town can enjoy the benefits of the mineral and medicinal waters. 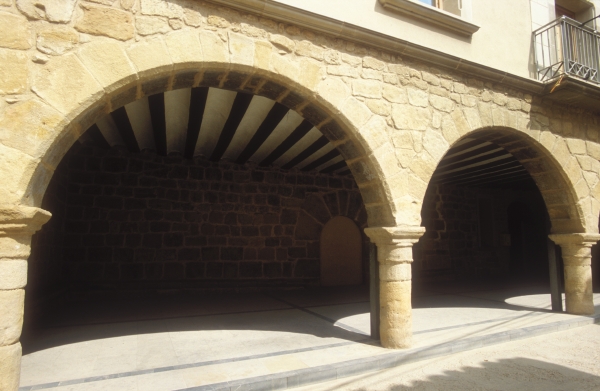 One kilometre from the town and standing on a hill is the chapel of Santa Bárbara, devoted to Saint Barbara, patron saint of miners, which once featured a Mount Calvary procession route or Stations of the Cross, of which little remains. From this privileged location the entire town of Los Olmos and its beautiful surroundings can be contemplated. Finally, on the outskirts of Los Olmos are other examples of its vernacular architectural heritage, the remains of an old ice house and of the old wash house.

The local folk dance known as La Guirnalda (the Garland) has recently been rescued and is performed in August by all of the residents of the town.

For more information on the cultural heritage of Los Olmos.