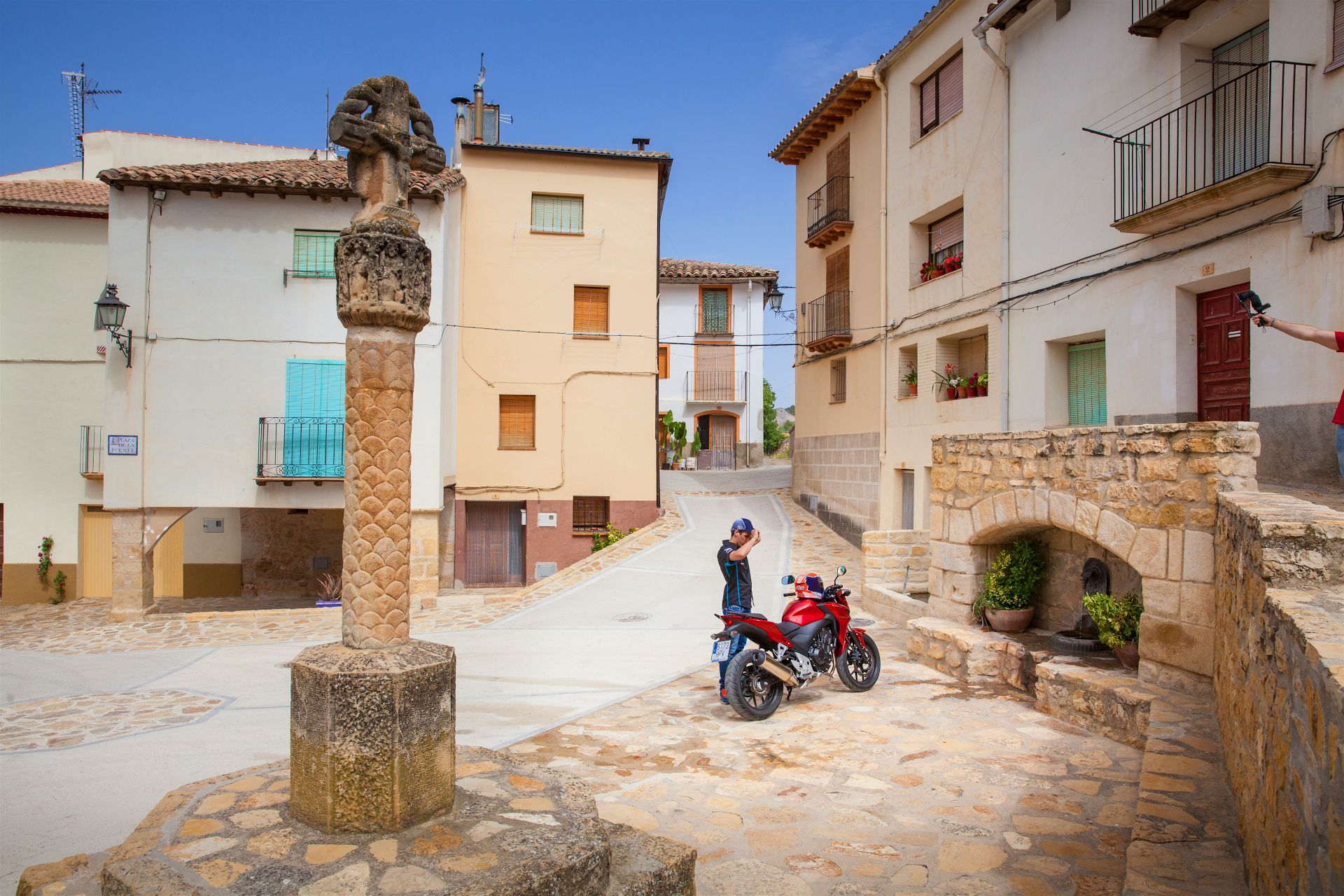 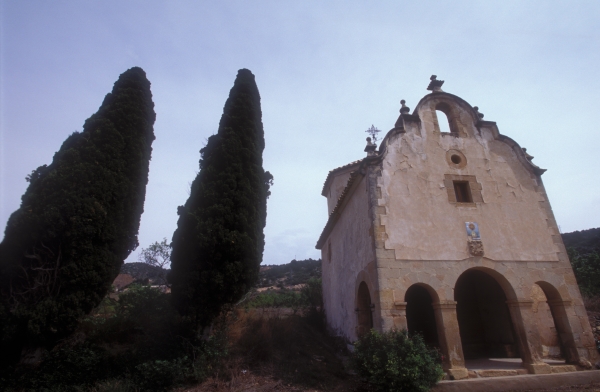 Welcome to La Cañada de Verich, a town in the Lower Aragon region located between the Rivers Mezquín and Bergantes, 25 kilometres from Alcañiz, the capital of the region.  Its name is derived from the Latin word canna (cane) in reference to the narrow valley or canyon. The accompanying term Verich is most likely an anthroponym or surname.

Like the other towns in the area, La Cañada de Verich was a part of the land donated by King Alfonso II of Aragon to the Military Order of Calatrava, and belonged to their commandery during the Middle Ages. In 1491 King Ferdinand and Queen Isabella granted the the locality a royal charter for its resettlement, and Philip II of Spain made it a town in 1547. 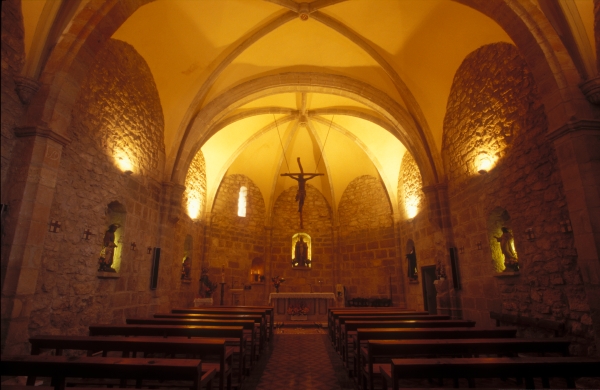 The residents of La Cañada de Verich have traditionally been farmers, raising livestock and growing the typical crops of the area, such as olives and cereals. The great frost that affected the area in 1956 damaged most of the olive trees, leading to the planting of almond trees. This locality has some mining activity. Within the the limits of the municipality, covering some 10.9 square kilometres, are mines producing fire clay, a heat-resistant clay used in the manufacture of materials for construction and decoration. Mining activity commenced in the early 20th century, with underground extraction. For many years it employed a large number of people from nearby localities, even drawing new inhabitants, miners from more distant places who decided to move here. The introduction of machinery and open-cut mining over time has reduced the need for workers. There are currently 4 mines in operation.

Exploration of the historic part of the locality, which is built on the slope of Las Fajas Hill, soon takes visitors to the main square, Plaza de la Iglesia. Laid out with two different levels, it is the site of the main buildings of La Cañada de Verich: the church and imposing buildings, among which is the mansion now housing the town hall.

The church is dedicated to Saint Blaise. There were already reports of the existence of a church in 1324, which was highly remodelled in the late 16th century. Today we can enjoy a beautiful building that is very much in keeping with the style of the Gothic churches typical of the nearby Matarraña region. Robust buttresses surround the single nave, built with thick walls and no side windows. There is a polygonal apse and a ribbed vault. The simple doorway is topped by a narrow belfry, which gives the building its great elegance. Inside, the stillness and darkness are an invitation to prayer, and hark back to other, distant times.

The town hall is located inside an austere but majestic mansion built by the Knights of Calatrava, and later associated with the Confraternity of Saint Blaise. The building is laid out over three storeys and constructed in masonry and ashlar. The doorway is a semicircular arch with a coat of arms carved into the keystone. 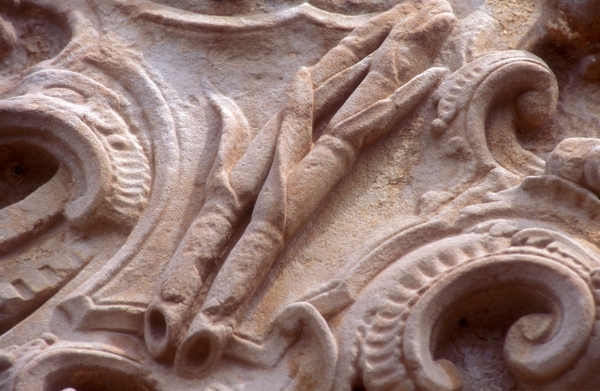 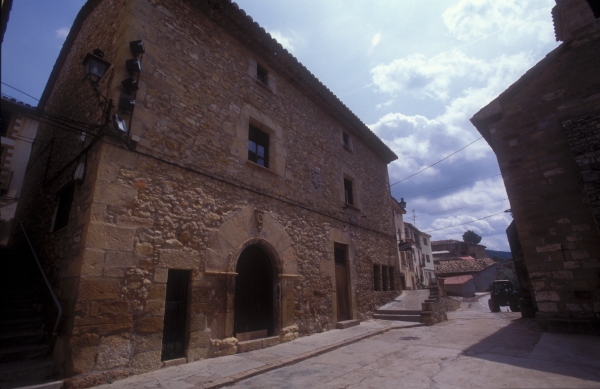 However, La Cañada de Verich has other charming places and buildings of interest. Located next to the main road is the chapel of El Pilar, a Baroque-style building dating from the 18th century with a round floor plan and domed roof: It is entered via a porch with three arches, the central arch being larger than the side ones, where the mixtilinear main doorway is found.  The old cold vault, which has recently been restored, is included in the local Route of the Ice Houses and Cold Vaults. A spectacular entrance opens up into an interior vault where snow was once stored for later use. Today, its changing illumination transports visitors back in time and speaks of the life of this beautiful and functional architectural wonder.  Finally, a visit can be made to the Fountain of Regall, the hydraulic engineering complex found in the Plaza de la Fuente built over two levels, the lower level channelling water to the restored wash house, in addition to the old communal bread oven, the water wheels used for irrigating the locality's vegetable gardens, and the recently restored  olive oil mill, which now houses a very interesting museum dedicated to explaining the process used to make olive oil and the history of local oil production.

La Cañada de Verich is one of 11 municipalities in the Lower Aragon region included in the Cultural Park of the Maestrazgo and the Maestrazgo Geopark. Related to this is the Government of Aragon's palaeontological map that marks an archaeological site within the municipal boundaries, specifically Cañada de Verich 001, which is a series of trenches alongside the road that leads to Torrevelilla. The site is made up of different fossil remains of marine invertebrates (ammonites, belemnites, brachiopods, etc.) dating from the Jurassic period.

For more information on the cultural heritage of La Cañada de Verich.