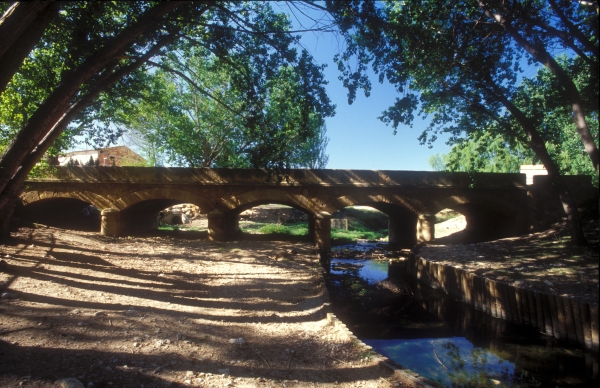 Welcome to Foz Calanda, a town in the Lower Aragon region, located in the Guadalopillo Valley, 22 kilometres from Alcañiz. Its name probably derives from the location of the town, in a valley which is accessed by means of a foz or gorge, which is connected to the town of Calanda. Other theories relate the name of the town to the fact that it once belonged to the Alfoz de Calanda, territory administered by this town.

Evidence of the earliest inhabitants of the area have been discovered at Cueva Moreno, close to the town, which is an interesting archaeological site dating from the Middle Bronze Age. Important traces have also been found dating from the time of the Ancient Iberians. This is the case of the pottery kilns at the El Olmo and Mas de Moreno sites, located on the banks of the Guadalopillo some 4 kilometres from the town. They are currently being excavated and are included in the “Route of the Iberians”.

What we know of the town's history is that after the Christians reconquered the region from the Moors, it belonged to the Military Order of Calatrava, but it changed ownership over the years, passing from the control of the knights of the order to that of different families. 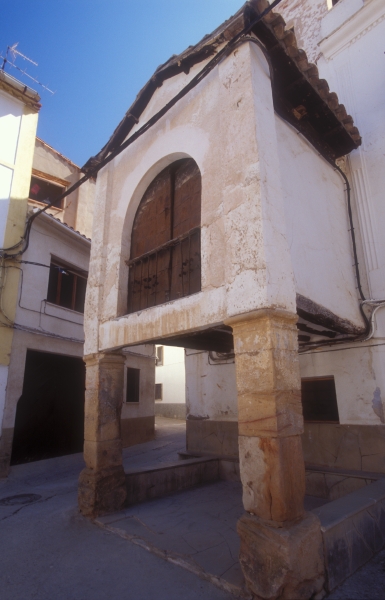 Located at the highest point of the town is the church of San Juan Bautista. This elegant Baroque church built almost entirely in masonry, has a nave and two aisles, the latter much smaller than the nave and are more a series of interconnected chapels. The octagonal tower, built in brick, rises directly from the façade and houses the bells. Further up the hill from the church are the few remains of the old castle. Plaza Mayor, the main square at the centre of the town, is home to the town hall, which is entered via the typical space that once housed the market. The building features large cantilevered eaves and the niche-chapel of San Roque raised on stone pillars. One of the most striking sights in Foz is the old pottery kiln, recently restored, which bears witness to the long-standing tradition of pottery in the municipality, which was also the birthplace of such figures as the internationally renowned sculptor Eleuterio Blasco Ferrer.

Other existing examples of this type of vernacular architecture are the old ice house or snow cellar, and the stone cistern. Examples of religious architecture that cannot be overlooked in Foz, include the chapel of Santa Bárbara, built in the 19th century on the Monte del Calvario (Mount Calvary procession route), commanding a view over the entire town; and the chapel of Nuestra Señora de las Nieves, built in 1979 to replace the old chapel that was flooded by the waters of the reservoir. 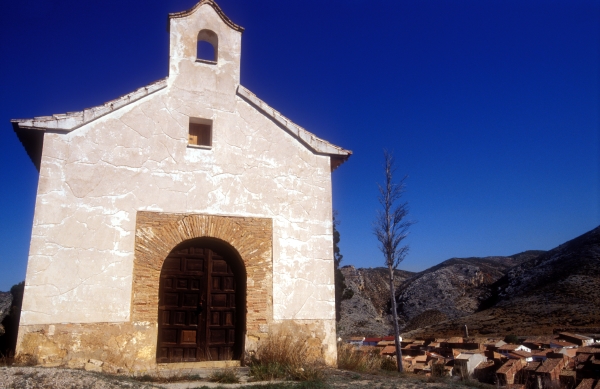 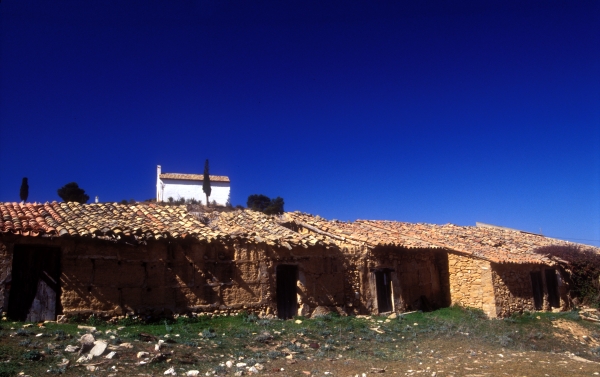 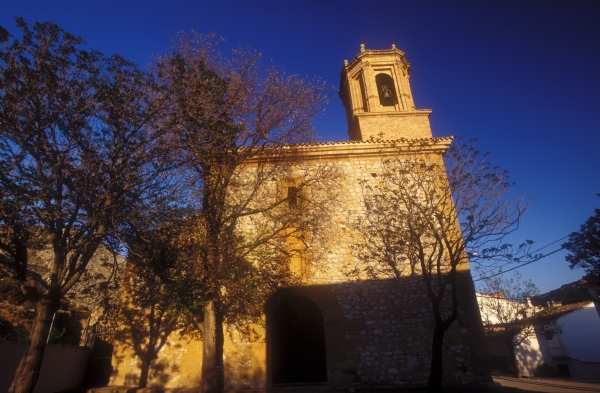 Finally, there are also important examples of natural heritage. This is the case of landscapes such as the Peña del Cucón and Val de la Piedra, the location of a great holm oak standing 14 metres high with a crown measuring 32 metres in diameter.

For more information on the cultural heritage of Foz Calanda.