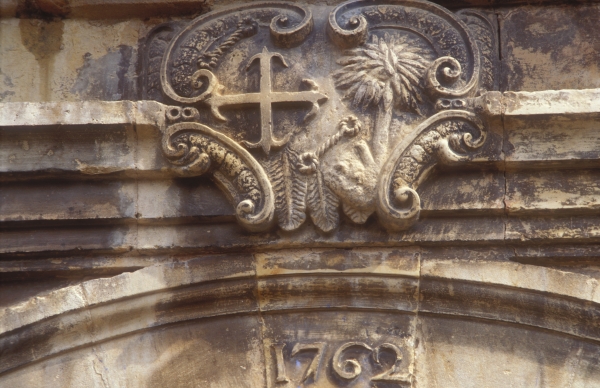 Welcome to La Cerollera, a town in the Lower Aragon region, located between the Rivers Guadalope and Matarraña, 30 kilometres from Alcañiz. Its name is derived from acerollo, the name given to the rowan tree in Aragon, owing to the abundance of this plant in the area.

After being reconquered by the Christians from the Moors, what is now the town proper was a part of the lands donated by King Peter II of Aragon to the Military Order of Calatrava, to whom he granted the Castle of Monroyo and its outlying hamlets, including La Cerollera. This dependency gave rise to lengthy legal conflicts with Monroyo, which were not resolved until 1745, when King Philip V of Spain granted La Cerollera its town charter. As with the other towns and villages of the area, it was administered by the city of Alcañiz until 1833, when Spain was divided into provinces.

The best way to get to know the streets and inhabitants of La Cerollera is to start at the main square, Plaza de la Constitución, site of the locality's most emblematic buildings: the church and town hall. The streets are filled with magnificent examples of vernacular architecture.

The church of Nuestra Señora de los Remedios was built in the 18th century. It is a beautiful Baroque-style church, designed along similar lines to other churches built in the Lower Aragon region at the same time, which were influenced by the Basilica of Our Lady of the Pillar in Zaragoza (Saragossa) and the collegiate church in Alcañiz. It was laid out with a nave and two aisles of the same height divided by slender piers comprising double columns. The ceiling of the nave is a barrel vault, while the aisles have lunettes and groin vaults. The front of the church has a mixtilinear main door, with a tower on the right (epistle) side of the doorway

The town hall is built of masonry and ashlar. Its façade has two semicircular arches opening into the space that once housed the market, from which the building is entered, and the former jail, today somewhat remodelled.

The visit continues through the streets of La Cerollera, which enclose charming spaces where you can still see lime-washed and indigo-tinted walls. There are a number of interesting buildings in the street Calle Rafec that are representative of the town's history. The house at number 12 is a splendid, palatial mansion that was home to the Marquis of Santa Coloma. It was built in the 16th century in the style typical of the houses of the nobility at the time. In ashlar with an arched doorway, it has the typical Aragonese-style arcaded gallery and cantilevered eaves featuring a double row of brackets.

In the street called Bajada de la Plaza, there are other buildings of great interest, such as Casa del Mas de la Parra, Casa Peris and Casa Marcelino. Other interesting buildings include the one known as Horno Nuevo (New Oven), located at number 7 Calle Horno, now restored and used as a multi-purpose space, and Casa Borrás, located in Calle Mesón.

Casa Pallarés can be found at number 6 Calle Llana. It is a noble stone building dating from the 17th century with magnificent cantilevered eaves. It has the longest balcony in the entire region.

Finally, on the outskirts of the town standing on a nearby hill is the chapel of San Cristobal, dating from the 16th century. In the vicinity of the farmhouse known as Mas de Caubet are the ruins of an old mountain ice house.

La Cerollera also offers a piece of more recent Spanish history. The Interpretive Centre for the Guerilla Movement is a magnificent space filled with information that is completed with a visit to the guerilla camp used in the struggle against the Franco regime. Click HERE for more information and opening hours.

The muncipal council website offers visitors detailed information on short walking trails PR-TE-172:  the Route of the Ice Houses, the Pas–Cova del Molí Route and the Route of the Fountains, all of which are signposted and provide explanatory panels.

For more information on the cultural heritage of La Cerollera