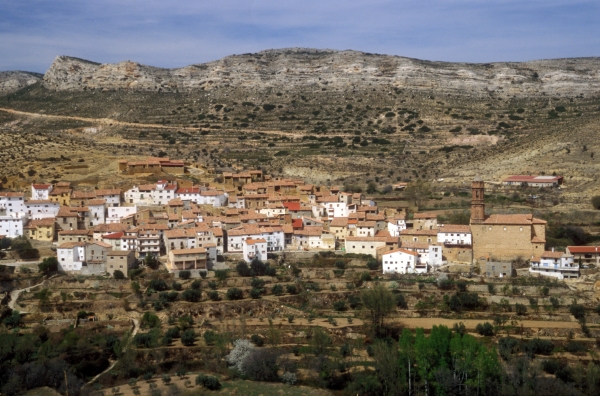 Welcome to Seno, a town in the Lower Aragon region, located in the Guadalopillo Valley, on the boundary with the Maestrazgo region, 44 kilometres from Alcañiz.

The large number of archaeological sites existing in the municipality retrace the steps of the area's earliest inhabitants, spanning the Neolithic, Bronze and Iron Ages. Of importance are the traces of the mining and metallurgic production of the Ancient Iberians in addition to the ruins of a Roman Villa in the area known as Fuente de Salz. That was most likely the period from which the name of the town originated, in reference to the anthroponym Senus, possibly the owner of an ancient fundus or estate. 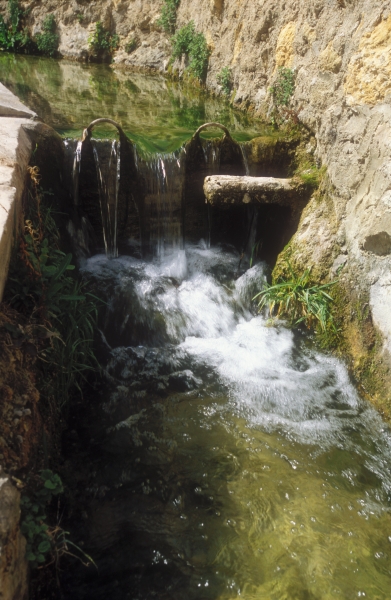 The first written records that show the existence of the town we know today date from the 12th century, in the charter of privileges granted to the town of Camarón to enable its settlement after the land was reconquered by the Christians from the Moors under King Alfonso II of Aragon, who donated the land to the Knights Templar, and later to the Knights Hospitaller, as part of the Commandery of Castellote. Documentation from both military orders refer to Seno as a castellar, which means that the first building or origin of the town was a defensive tower, most likely a Templar fortress.

The town's dependence on Castellote gave rise to a long conflict, which ended with the signing by King Charles II of a privilege of separation in 1674, although it did not take effect until 1789, more than a century later, when King Charles V granted Seno its town charter.

The town proper is built on the spur of a hill, like an amphitheatre, dominating the entire valley, known as El Arroyo de Seno.

Dominating the town's architectural splendour is the church of Santa Elena, built on the site of the former church of Santa Cruz. Construction of the church was led by master builder Juan Espada in the late-Baroque style although with some features of the incipient Neoclassical style. The inscription on the façade of the church, “Charitas me fecit. 1763-1771”, indicates when it was built. It has a rectangular layout, with a nave and two aisles of similar height divided by piers of double columns, showing the influence of the Basilica of Our Lady of the Pillar in Zaragoza (Saragossa) and the collegiate church in Alcañiz. The tower, located at the front of the church, is reminiscent of the Mudéjar style, as seen in its decorative brickwork and the two differentiated sections, one square and the other octagonal. The bell, dating from the 18th century, has recently been restored. Of interest are the paintings in the sanctuary, which depict the eight women of the Old Testament and Saint Helen, for whom the church is named, while the Holy Spirit is represented inside the dome. 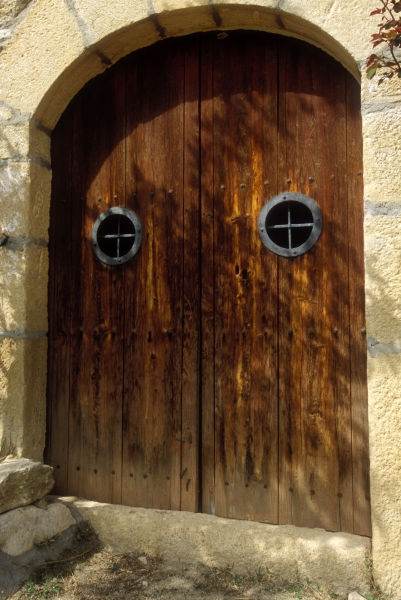 In the same square, next to the church, is the town hall. This is a two-storey building whose ground floor formerly housed the market, defined by two semicircular arches, also traditionally used as a pelota court.

Outside of the town is the chapel of San Valero, in honour of Saint Valerius, the town's patron saint. It was built in 1700 in the Baroque style. A number of cypress trees remain of what was once the town's Stations of the Cross. Next to the chapel is the Well of the Saint, a spring whose waters emerge at 15ºC all year, and which are known to have medicinal properties. According to legend, Saint Valerius visited this place on his way into exile; and because there was no water here, he struck the ground with his rod and brought forth the spring. The spring feeds the channel known as Salién, the wash house located behind the town hall and the old flour mill.

In the area surrounding Seno, although within the municipal area of Castellote, is the landscape known as Paraje de los Fantasmas ("Place of the Ghosts"), a set of red volcanic hills of great beauty, whose name comes from local legend. It is said that on moonlit nights, the mountains resemble a group of monks of ghostly appearance. Click on this link to locate them on a map and for a picture.

For more information about Seno.

For more information on the cultural heritage of Seno