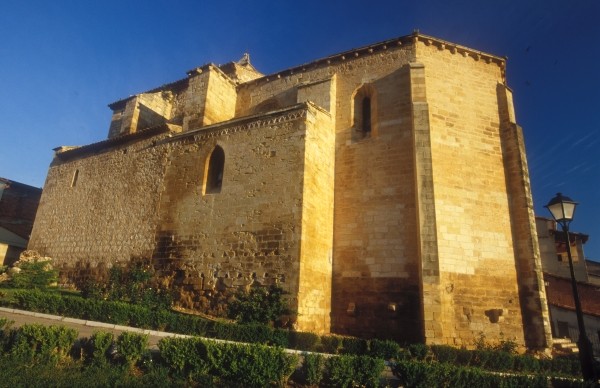 Welcome to La Ginebrosa, a town in the Lower Aragon region, located between the Rivers Bergantes and Mezquín, 28 kilometres from Alcañiz. Its name is derived from ginebre, the Catalan word for juniper, in reference to the abundance of this bush in the area.

There is evidence of early human activity in the area, such as the Ancient Iberian settlement on Mount Catma. The present-day town dates from the Christian reconquest of the area from the Moors during the reign of King Alfonso II of Aragon, who donated this land to the Knights Hospitaller. Resettlement of the area by Christians began in the 12th century, and Artal de Alagón, whose family governed the area, granted La Ginebrosa its town charter in 1291. 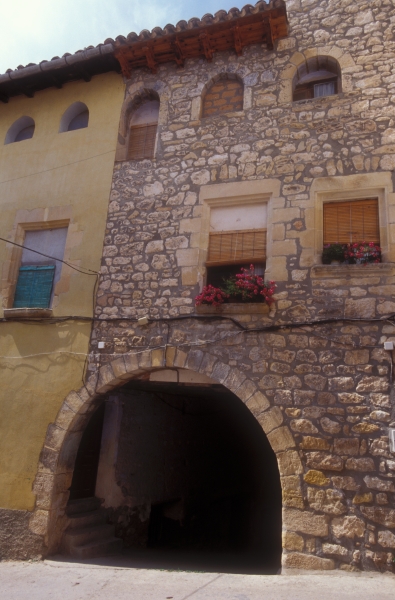 Evidence dating back to this period can be seen in the ruins of Buñol Castle, within the municipal boundaries of La Ginebrosa and 7 kilometres from Mas de las Matas, where plentiful archaeological finds from the Moorish period and later Christian Reconquest have been excavated.

It is known that in the 16th century, the king forbade the Knights Hospitaller from selling the municipality to the Count of Aranda, which led to La Ginebrosa becoming a part of the lands controlled by the Military Order of Calatrava.

Of the five gates in the town wall, only one still stands, the one allowing entry from the south-east. The town has a typical medieval layout, with arches and passageways. This is the case of the house known as Casa Bayle, with an L design that is dissected by a narrow street; that of the building that houses the cultural centre, with a passageway connected to the main square, Plaza Mayor; and the many arches such as the one over which the old convent is built, the Herrería Arch, and the arch connecting the main street, Calle Mayor, with Calle Pilar. The aim of furthering knowledge on this aspect of La Ginebrosa has led to creation of the Interpretive Centre for Medieval Urban Design.

The arcade surrounding the Plaza Mayor, forms part of a number of important buildings, such as the town hall, which combines medieval and 17th-century architecture. The pointed arches open into a space that once housed the market on the ground floor, while the upper floor has rounded arches and wrought iron balconies.

Most imposing of all the monuments in La Ginebrosa is the church of de San Bartolomé, built in the Gothic style in the 14th century and later remodelled in the Baroque style. Of the original construction, the apse and the first section of the nave are still preserved. The rest of the church corresponds to the second stage, with profuse ribbed vaulting, decorative mural paintings and stuccowork, and the main door in the classical style with a square tower to one side. The town has important examples of vernacular architecture, such as the wash house.

Other sights of interest that should not be overlooked are the 19th-century chapel of Santa María Magdalena, located in the area known as Las Masadetas, where the Cherry Festival is held. Other examples of vernacular architecture and engineering include the communal bread oven, the two ice houses that are included in the Route of the Ice Houses and Cold Vaults and the remains of the old dam. Built across the River Guadalope, it is part of the hydraulic works commissioned by Prince Antonio Pascual de Bourbon, son of King Charles III of Spain, from one of the country's most important 17th-century architects, Juan de Villanueva. Therestored Bridge of Cananillas can also be found in a beautiful natural setting.

This locality is also home to a communal ice house, which is included in the Route of the Ice Houses and Cold Vaults. Facing north and located close to the town proper, it is circular in design and was built using masonry filled with mortar. It is entered from the side by means of stairs that gives access to the lower part.  It offers an exhibition describing the disuse and abandonment of the ice house as a result of the introduction of refrigeration. A series of illustrations and posters from the period offer a glimpse into this part of Spanish history. The ice house was in operation until the 1930s.

To see the Ice House in LA GINEBROSA: collect the keys at the swimming pool bar. 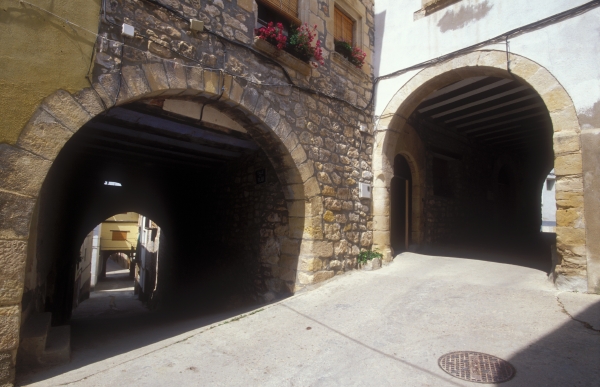 The Sinkhole Trail is a long, circular route that can be walked completely or in sections, depending on visitors' physical condition and available time.

The route from La Ginebrosa leads to the Sima Grande (Big Sinkhole) along the scenic ridges of the mountain range, returning via the same path. This is the most attractive part of the circular route. If taking the circular route, you take the trail that descends from the Sima Grande before crossing the road to Aguaviva and arriving at Las Maladetas, near to where the Sima Pequeña (Small Sinkhole) is located. Not far away is Los Fontanales, natural springs that are a drawcard for this route. To reach them, take the signposted detour, which leads a few hundred metres from the circular route.

To finish, the trail returns to La Ginebrosa by means of farm tracks, some of which run parallel to the La Cañada Ravine and end next to the locality's interesting ice house.

For more information on the cultural heritage of La Ginebrosa