Birds observatory opposite the rubbish tip 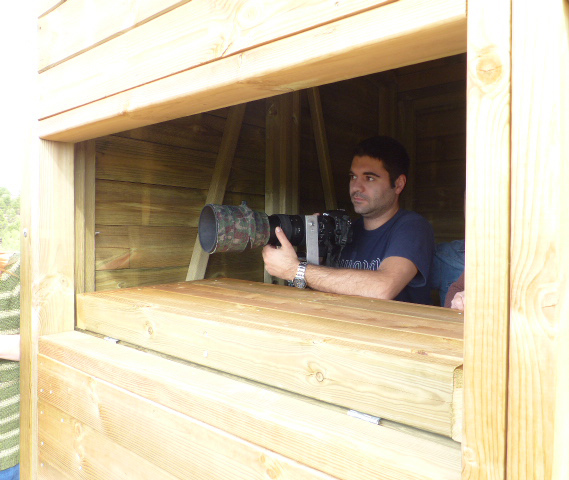 The Iberian Mountain range of low altitude is dominated by forests of holly-oaks. These mountains were declared LIC: and Nowadays it constitutes a rich place  in outstanding plants, as well as in forest birds. But they are precisely the zones with ravines, as the LIC and ZEPA of The Guadalope, The Bergantes and The Mezquin rivers where the birds find some of his better redoubts. Stand out the Eurisian Eagle Owl, the Peregrino Falcon, the Egyptian Vulture, the Golden Eagle and, the Bonelli’s Eagle.

What types of birds find in the Bajo  Aragon?

Most known they are the vultures, because they feed only of carrion. Both types of vultures that nest in this zone are the tawny vulture and the Egyptian vulture. Other birds that, though they hunt, can eat carrion are the royal kite, the black kite, the golden eagle and the raven.

Where and how do they look for food?

These birds find animals died so much in the field (goats, wild boar or sheep, cows, etc.) when they discover the corpse overfly it in circles and rapid decreases realize up to the soil, which attracts the attention of other vultures and birds placed to more distance.

These birds do not hunt to the animals but they feed of the corpses that they find, destroying in his powerful stomachs the existing bacteria in the meat. Hereby, they play  the important function to clean the mountain of possible areas of diseases that they can harm both to the man and to other animals.

What is a rubbish tip?

It is a place in the surroundings of the villages, taken care by the ranchers and where these can deposit the corpses of his dead animals, from cows, goats, sheep and mules. At present few traditional rubbish tip stay since they are submitted to a strict legislation.

What are the feeding-places of vultures?

They are places fenced and controlled by the Administration where remains of slaughter houses are supplied regularly for the birds like vultures. They are built in places of difficult access and have to obey strict sanitary procedure according to the legislation

What animals do come to this rubbish tip?

The first one in coming is the vulture, the only one capable of opening a corpse with his strong beak. Then, there are coming the Egiptyan Eagles, black kites,and western jackdaw which come when the big ones have gone away.

How much time lasts the carrion?

As soon as the vultures come most of the dead animal disappears concerning minutes. For other birds, only small pieces and bones stay. The vultures fill so much on having eaten that sometimes they can’t fly!